Get all your questions answered

Book a time to run through the numbers! 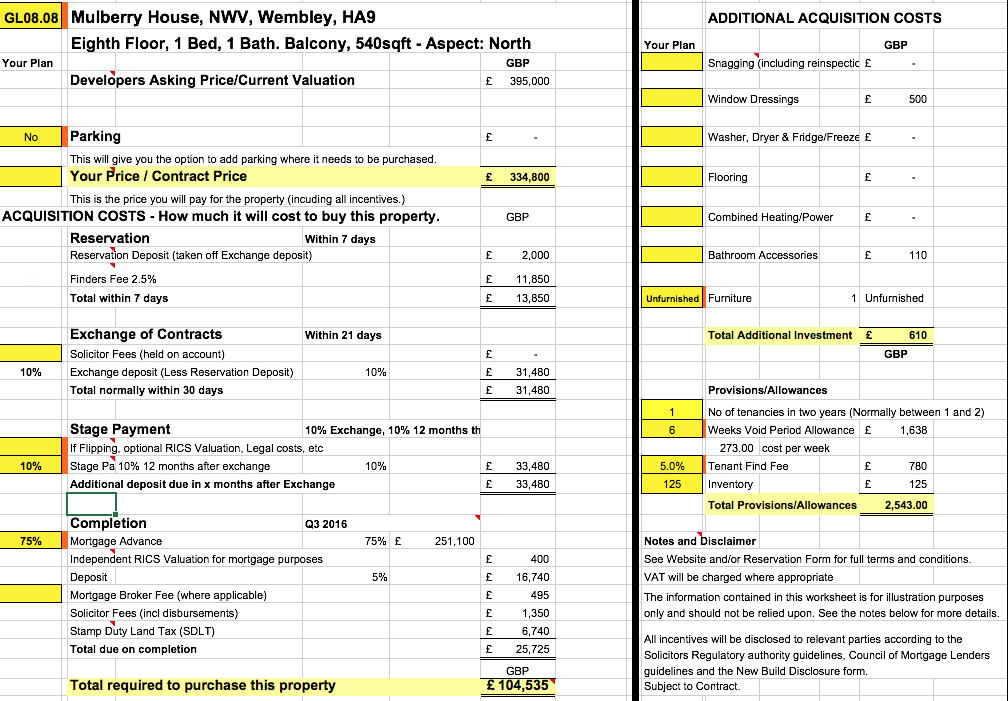 Let your Property Consultant, take you through all the details including the cash flow and the entire process of buying and support. Simply call his mobile on or email .

Built in 1929, this striking art-deco building is on one of the major routes in to the city.

The building is 7 storeys high with 28 apartment units set behind a Portland stone facade.

What makes the building and the apartments within it so attractive are their size and space- unusual for the sector in such a central location – with high ceilings and large windows while many have private balconies and terraces.

Modern kitchens, contemporary bathrooms and other features such as natural beams are all part of the offer alongside private car parking.

Investment – This will change the fundamental, and allow your capital to grow.

Due to the rising prices, investors that are getting priced out of the market in London are now looking at the Northern Powerhouse cities for higher yields. Liverpool is now a very attractive international investment option for investors looking at Northern UK cities with high growth potential.

A new 12-storey hospital, Royal Liverpool Hospital, worth £429m, will provide 650 beds, 18 state of-the-art theatres, 23 wards and units, a large clinical research facility and cancer centre. The hospital is set to open in 2017/18.

Over the last decade, Liverpool has attracted over £5bn of physical investment, according to Invest Liverpool. It estimated in June 2016 that the total value of investment currently being poured into Liverpool reaches £7bn.

A £40m development is set to be built on a hilltop site above the city centre. It will contain a 146 student apartments and 246 private apartments. In April 2017 planning was permitted for a high rise towers across several developments in Liverpool.

● Bankfield College – redevelopment of the former City of Liverpool College, which will contain 98 apartments

Economy & Employment –Jobs and the general economy will give you the confidence needed.

Liverpool is considered one the UK’s strongest economies, worth an estimated £149bn.

The North of England is currently growing at a far faster rate than London, offers far lower property prices and consistent increases in capital growth. As a result more investors are now turning to Liverpool and Manchester instead.

It’s home to around 294,200 businesses with access to close to six million customers.

Economic output per job in advanced manufacturing is estimated at 7% higher than the UK average, and the sector in Liverpool is expected to grow a further 22% over the next 10 years, compared to 19% nationally.

Liverpool is home to a number of national and international companies, including:● Dong Energy

Liverpool is home to the International Business Festival.

The development of Liverpool’s city centre with Liverpool One and Metquarter has made Liverpool one of the top five retail destinations in the country.

Tourism is also a major player in the city’s economy. The Echo Arena, Liverpool’s famous football teams Liverpool FC and Everton, the Beatles tourist spots, and the city’s ranking as one of the best cities to visit in the UK, earn the city approximately £1.3bn a year through tourism.

Let’s not forget that Liverpool is famously known first and foremost as a port city. The city holds the UK headquarters of several shipping lines like Maersk, NYK, and ACL. With the Liverpool Superport project and the redevelopment of Liverpool’s northern dock system, the port industry of the city projects around £5bn worth of investments and over 17,000 new jobs over the course of 50 years.

Transport –The best transport links are always the most desirable characteristics.

By Air: Liverpool’s John Lennon Airport offers services to 68 destinations in the UK and Europe. Liverpool is also a 30 min train ride away from Manchester’s International Airport, which offers services to over 225 destinations around the world. Manchester Airport is around 51 minutes by car or 1h 9 mins by public transport.By Rail: The city has a very well connected rail network. Liverpool is one of only four cities in the UK with an underground rail network. The local rail network, run by Merseyrail, provides efficient and affordable travel throughout Liverpool, Merseyside and other nearby areas including a tunnel link to the Wirral. The national rail network connects Liverpool to other major cities in England such as Birmingham, Manchester, Sheffield, Newcastle, Leeds, etc. and only 2 hrs travel time direct to London via Pendolino Trains. The main rail network station is Liverpool’s Lime Street station. The High Speed Rail project (HS2 / HS3) is a highly anticipated railway connection from London to Northern Cities in the future and will further reduce travel times between the capital and Liverpool.

By Road: The M62 motorway is Liverpool’s main connection to other major cities in the UK. The M62 also provides connection to the M1 and M6 to connect to distant cities such as Birmingham, London, and Nottingham.By Port: Ferry services across the Irish Sea to destinations such as Belfast, Isle of Man, and Dublin can be accessed through the Port of Liverpool through services provided by companies like Stena Line.

Education – Families are drawn to the areas with the best education facilities.

Further education: The Liverpool Institute of Performing Arts (LIPA) is one of the UK’s most prominent schools for the performing arts. It was founded by Sir Paul McCartney and Mark Featherstone-Witty RNOM OBE in 1996.

In September 2003, LIPA launched LIPA 4-19; a part-time performing arts academy for 4 to 19 year olds. Since then, a satellite school and associate academies have also been launched. LIPA started its own primary free school in 2014 and its own sixth form free college in September 2016.

Shopping & Leisure – Readily available leisure facilities are so important to the fundamentals.

Shopping & Dining: One of the major developments in recent years is Liverpool ONE which has propelled Liverpool into the top five of UK’s top retail destinations. It’s home to over 170 shops, bars and restaurants. It also contains a gym, an 18-screen Odeon IMAX cinema, the Jungle Rumble indoor 18- hole adventure golf course and two hotels (the Hilton Liverpool and Novotel.)

Sport & Culture: Liverpool FC and Everton FC are known to many football fans worldwide as two of the most successful teams in England, as such, it draws quite a bit of tourism from football matches.

For those who are not much of a sports fan, there’s always The Beatles experience, several magnificent museums such as the Victoria Gallery and Museum, The TATE Museum, The Walker Art Gallery, The Museum of Liverpool, and many more. Aside from all these, several areas in Liverpool’s city centre have been named UNESCO World Heritage Sites, and labelled as ‘Liverpool Maritime Mercantile City’.

The city offers a rich and diverse music scene and plenty of venues to experience performances firsthand. The Royal Liverpool Philharmonic offers performances by its own orchestra, as well as world music, opera and contemporary music.

The Baltic Triangle occupies a pivotal and central location – positioned between a number of the city’s most strategic regeneration investments. The area is within close proximity to the Knowledge Quarter Mayoral Development Zone and the Liverpool City Enterprise Zone. It also sits immediately next to parts of Liverpool’s World Heritage Site and straddles the World Heritage Site Buffer Zone along its southern edge.

As a result of the areas proximity to the city centre and its new popularity – fuelled by a blossoming creative and digital sector, it has attracted significant levels of development.

Green Spaces: Sefton Park is a Grade I historic park and one of the biggest and most beautiful parks in the city, with 235 acres of green spaces, facilities, and attractions. Liverpool also has 43 outdoor playgrounds for children of all ages around the city.

“Liverpool is an economic Powerhouse in its own right“

Why Liverpool Is Set To Be The Next Growth City…

We’ve been waiting for the right moment to start investing in Liverpool, and this is it. To say regeneration here is large-scale is an understatement, with thousands of homes, retail units, commercial spaces and employment opportunities being created across the city.

The Walton is in a prime location for working professionals due to the close proximity of white collar industries in the heart of the business district.

Liverpool already has a strong local economy, one of the strongest in the country in fact, thanks to a growing tourism industry and being the home of several national and multinational companies.

Liverpool is part of the Northern Powerhouse, and saw a growth of 3.1% in 2015, rivalled only by Manchester at 3% in the Northern area. In contrast, London saw growth of 1.6%, and the national average was 1.7%, almost half of what Liverpool achieved.

In addition, Liverpool has three universities and a nationally renowned performing arts school, as well as one of the most prominent football clubs in the country. It’s no wonder private investors are pouring money into the city.

And now’s your chance! Don’t miss out on this fantastic development. 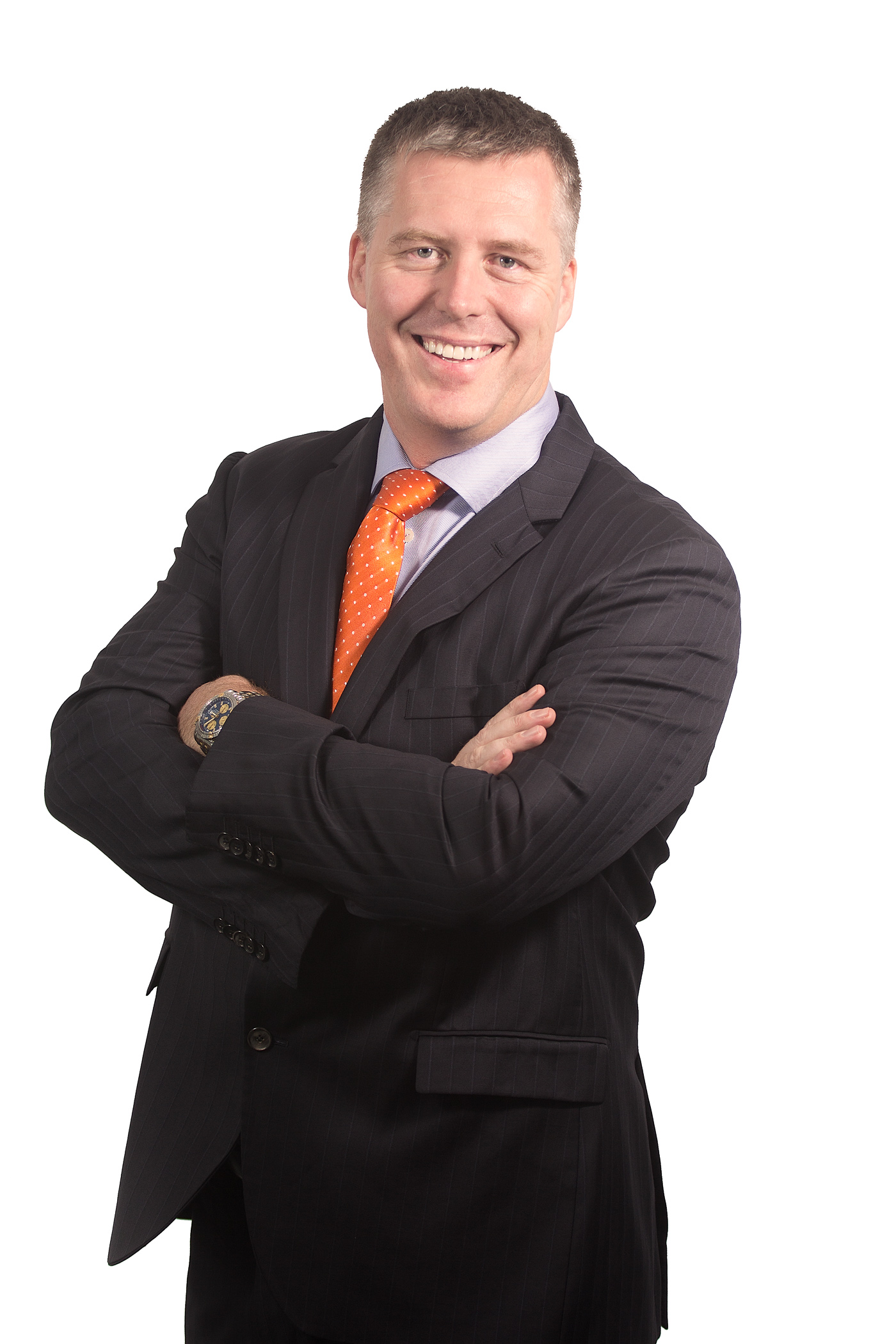 Let Us Handle Everything From Reservation to Completion and Beyond

Our panel of experience and professional conveyancing solititors will effortlessly convey your property.

We have access to almost any mortgage on the market through our network of broker and finance professionals.

Choose from a range of flooring and bathroom accessories, we’ll arrange everything.

Choose from our various ranges of furniture. We only use proven ‘Investor Proof’ furnishings.

When the time comes to sell, we’ll handle the entire resale process for you.

How to Get a Property Consultant

(If blank, please arrange a Portfolio meeting and one will be assigned)

How to Get a Portfolio Manager

A Portfolio Manager is allocated once you have completed your initial introduction with a Property Consultant. They are responsible for the overall strategy of your portfolio

How To Get a Progression Manager

How to Get a Ezytrac Manager

An Dedicated Ezytrac Manager who is your one point of call will be allocated to your around 3 months prior to completion of your property. They will then be responsible for all properties in your portfolio.

How to Get an Accountant

How To Get a Mortgage Broker

How to Get a Solicitor

Property particulars as supplied by Gladfish Property Investment Ltd are set out as a general outline in accordance with the Consumer Protection from Unfair Trading Regulations 2008, which implement the EU Unfair Commercial Practices Directive. only for the guidance of intending purchasers or lessees, and do not constitute any part of an offer or contract. Details are given without any responsibility, and any intending purchasers, lessees or third parties should not rely on them as statements or representations of fact, but must satisfy themselves by inspection or otherwise as to the correctness of each of them. We have not carried out a structural survey and the services, appliances and specific fittings have not been tested. All photographs, measurements, floor plans and distances referred to are given as a guide only and should not be relied upon for the purchase of carpets or any other fixtures of fittings. Gardens, roof terraces, balconies and communal gardens as well as tenure and lease details cannot have their accuracy guaranteed for the intending purchasers, Lease details, service ground rent (where applicable) are given as a guide only and should be checked and confirmed by your solicitor prior to exchange of contracts. No person in the employment of Gladfish Property Investment Ltd has any authority to make any representation or warranty whatever in relation to this property. Purchase prices, rents or other prices quoted are correct at the date of publication and unless otherwise stated, exclusive of VAT.

Property Investment… Effortlessly Done For You!